Ponyo is a story apparently loosely based on elements of Wagner’s Die Walküre. There is some tastes of Wagner in the soundtrack as well.

Here is a two sentence summary of the plot:

A small boy in a seaside town finds a strange goldfish which turns out to be a magical little girl wishing to escape from her evil sea worlock father. He tries to recapture her and this leads to a giant destructive storm which is ultimately calmed down when the little girl’s massively giant norse godess mother brokers peace by convincing the father to allow his daughter and the little boy to fall in love. 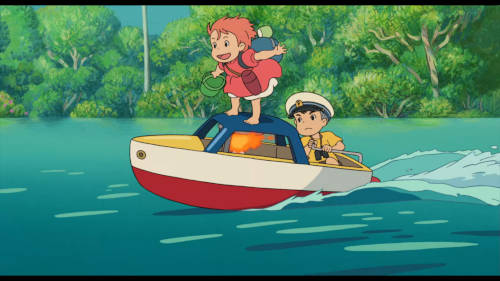